More work on the van

We return to Derbyshire for a few days and get ready to travel, yet again, back to Doncaster and Ferrybridge for more work on the van
This was a 'habitation check' at the dealers and some essential floor support strengthening I'd proposed to the guys at Armitages who had fitted the suspension set up back in december.
I had stressed about the floor around the kitchen area in the van for a while now and as things were getting quite spongey suggesting the onset of the dreaded 'delamination', I'd decided to do something about it. My gut reaction here was to avoid the customary fob off by the manufacturers as they would surely claim overuse as the reason for a weak spot and quite frankly we did not have the time to mess around arguing over the next few weeks over what could be done.
Kevin at Armitages had made such an excellent job of the Drive Rite previously we entrusted the work to him
Below is the suspension set up… 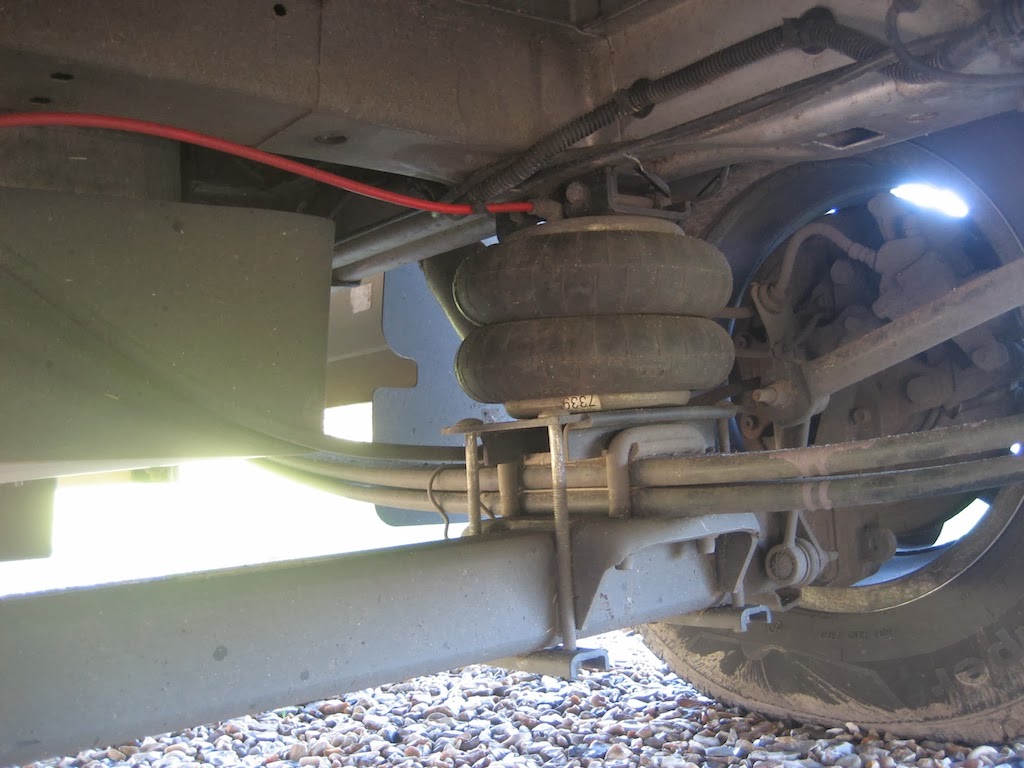 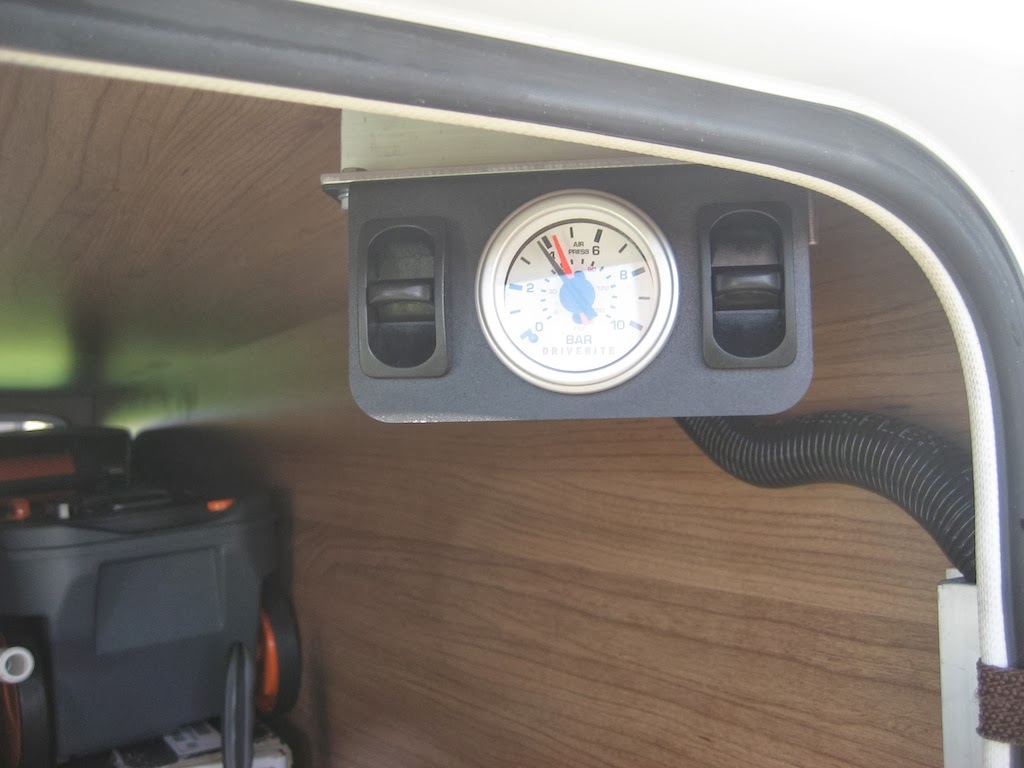 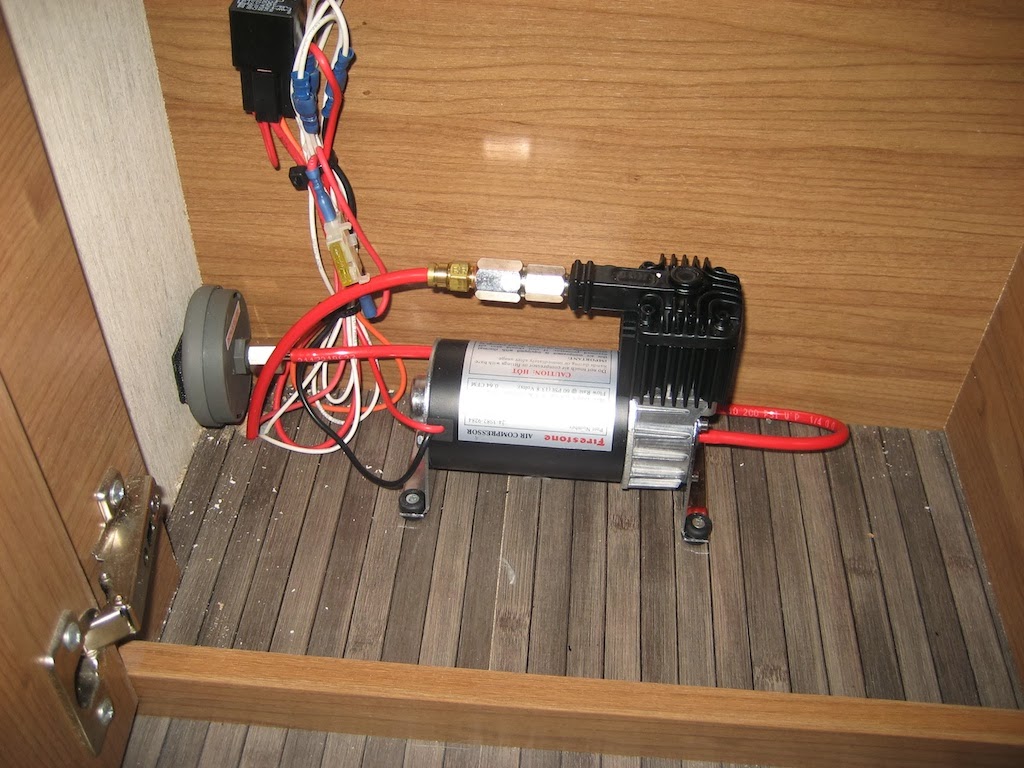 Air compressor tucked away in the bedside cupboard

The van behaves very differently on the road now. I researched this until I was numb prior to purchase and there was very little feedback out there on the web as to real life experience of the system
Apprehension was quickly replaced with relief as the set up performs really well making the ride much more comfortable
We were previously running on or very near the bump stops fully laden with a harsh ride and bottoming out on uneven roads. The leaf springs, now relieved of a lot of strain, work as they should and the van is more positive on the road. The ride to be honest before was quite good but this just makes the whole deal much better
The huge advantage now is I can also 'pimp' the van. The ride height at the rear of the van has been raised dramatically at normal inflation pressure so have not bottomed the van on inclines once so far due to its large rear overhang. If its pumped up to its max pressure then the rear end points skywards, very ungainly but a dream when boarding small ferries! Easy to inflate prior to boarding then deflate in seconds after driving off the exit ramp, perfect. 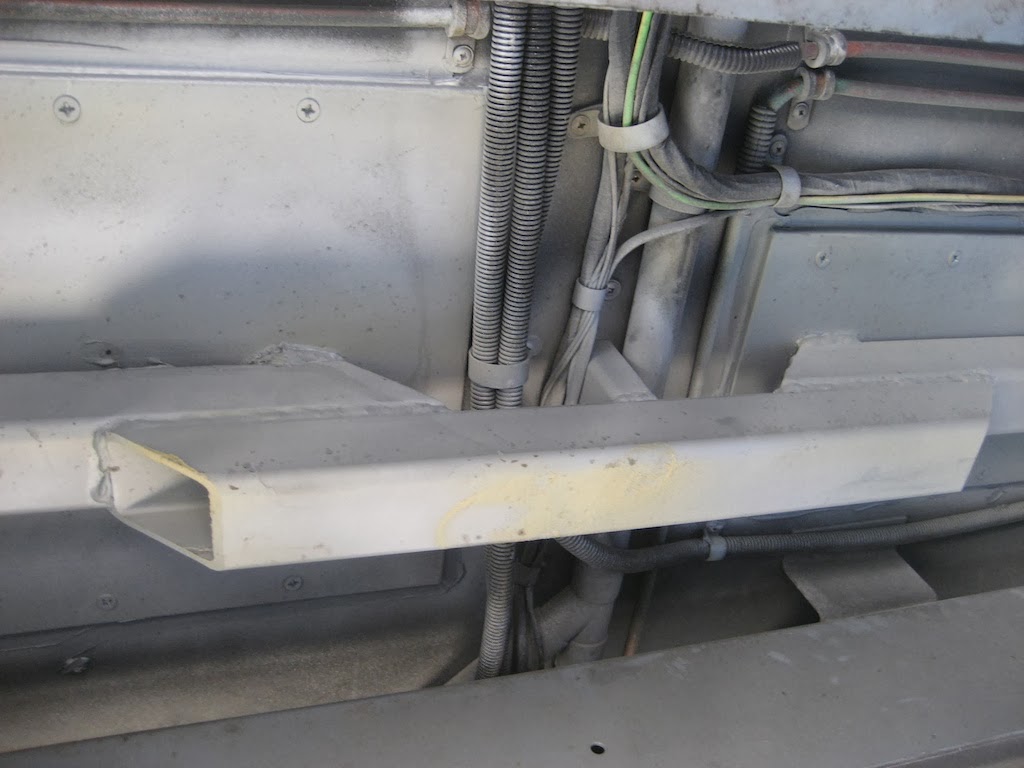 Next job for Kev was to build an arrangement to support our rather weak floor in the kitchen area. Why motorhome manufacturers don't do this as a matter of course beats me, they are probably obsessed with weight and cost limitations 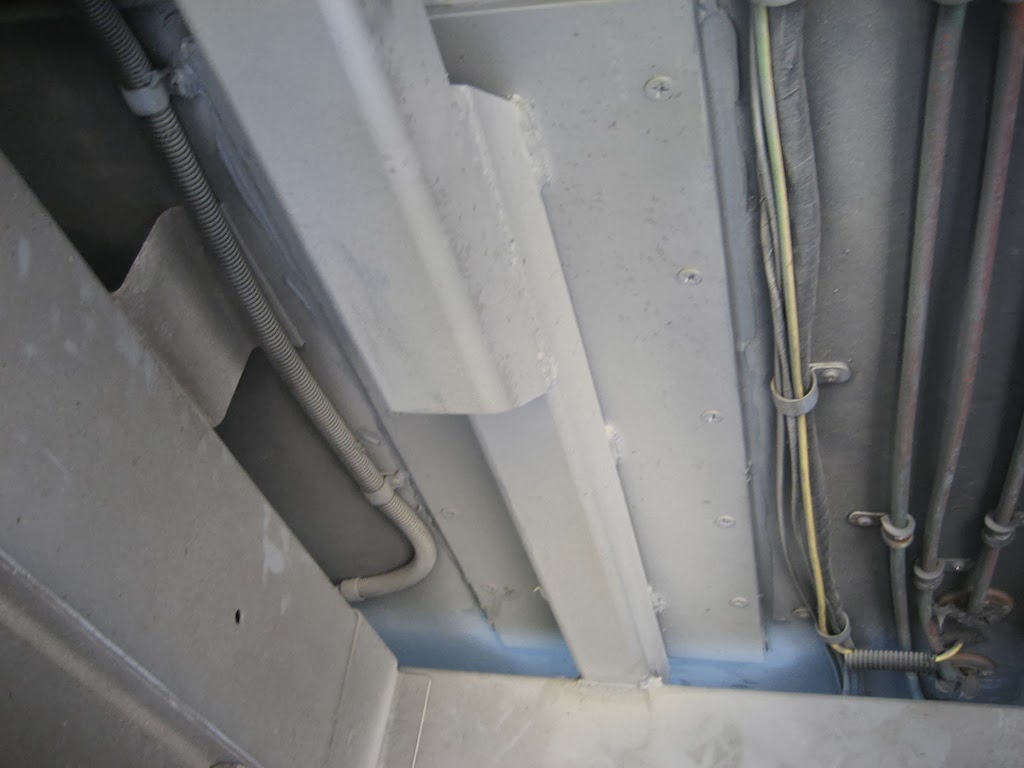 Fitting this 'bridge' to a two year old van may put new buyers off but it had to be done if we were to preserve the floor integrity for many years to come
All of you thinking about extended touring as we are doing at the moment really need to think in advance about the impact this will have on your van
They are constructed in the main, in my opinion, for occasional weekend use and few manufacture vehicles suitable for the long haul
The van, it has to be said, is one of the better examples with positive, sound construction but more thought needs to be given to the needs of distance tourers and the projected use they will get 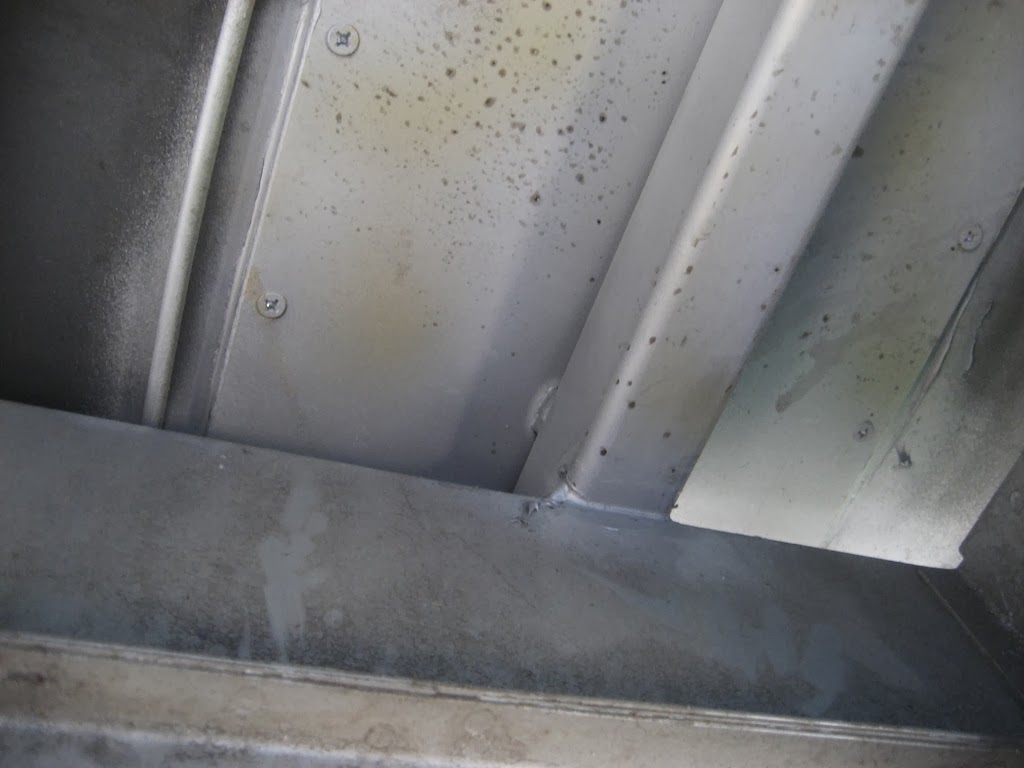 I was more than impressed here with the standard of work particularly the area around our 'soft spot' below. All is well now and we can relax
Many thanks to Wayne, Nigel, Kev and staff at Armitages 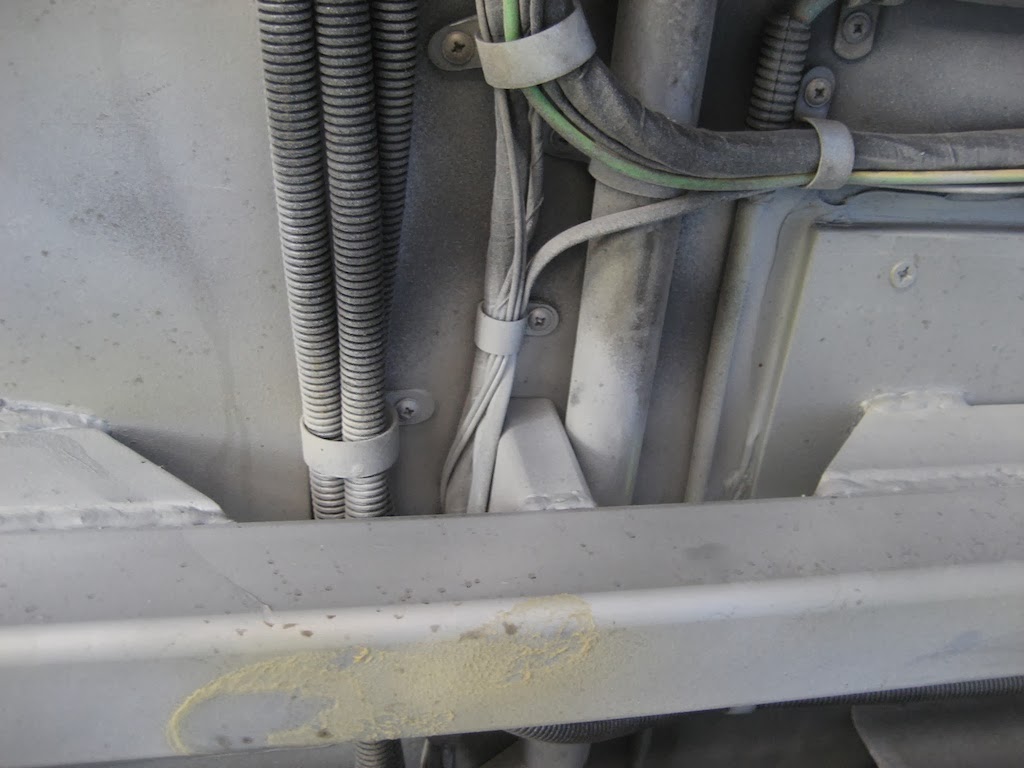